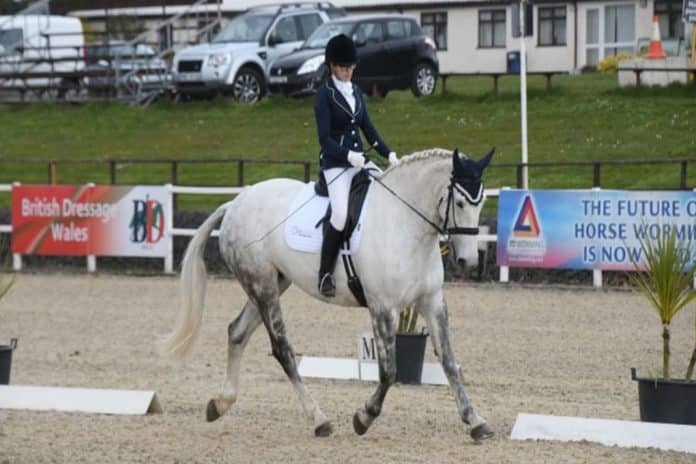 The Winter Dressage Finals – A Stay Away Show.

Last week we followed amateur dressage rider Chloe Fear, to Wales for the Winter Dressage Finals at Cricklands. This was not her usual local competition but a stay away weekend with 3 days of competing. Trailing behind the horsebox that was carrying her stunning Irish Sports Horse “Miss Unconventional”, we realise just how much effort goes into a stay away show.

The Dressage Finals were being held at The David Broome Event Centre in Wales, a 3 hour drive away. Chloe had been successful in previous local unaffiliated dressage competitions which enabled her to qualify for the finals.

It was touch and go for a while for Chloe after a stressful week of transportation issues. Chloe is lucky enough to own her own horsebox which she can drive herself making getting to weekly competitions a breeze. However, sadly her own horsebox broke down at the very last minute, days before needing to set off to Wales. The painful reality that things can always go wrong right at the last minute.

After a few hectic days, Chloe managed to secure some temporary transport, hiring from a local self-drive company. It isn’t until you attend a stay away show that you truly appreciate just how much stuff your horse has! We set off finally after several loads were piled into the horse box.

Once we arrived, we settled her mare in to the stable provided with her entry. (After a bit of grazing in the lush green fields which kept her happy!) The stable was left with a small shavings bed for the horses but sensibly Chloe had taken a few fresh bales along with her. Hay was not provided sadly, this meant a good 12 haynets had been made up before the journey.

After tending to her horse it then meant Chloe could get herself prepared and ready for the events ahead. Four dressage tests were to be completed, meaning four different tests to remember and ride. We quite often will only do the one test at a local show but having to mentally prepare for four is quite a test itself!

We were lucky enough to be staying in a lodge for the weekend. Although some fellow competitors were braving it in their tents in the open fields. Amongst the heaps of food (and a few alcoholic beverages) were showing outfits set out to be prepped ready to look the part. Included in this was our gorgeous saddle pad and shell jacket embroidered by TPL Equestrian we took along for Chloe to show off in the arena.

After polishing her boots, hanging up her jacket and changing into her show gear, we then set to get “Miss Unconventional” also known as “Kalico” ready to look the part too! Kalico is a grey, which means plenty of stain remover required. Thankfully Chloe had prepared in advance to get Kalico’s tail as white as possible. With only a few stable stains to get rid off and her mane to plait we all set to work.

JC: What is your must-have grooming item you take to shows to keep Kalico looking so smart and clean?

C: ‘Carr and Day and Martin – Stain Master Green Spot Remover’ is an essential item when you have a grey horse! In addition to this I also wouldn’t be without ‘Gold Label – Show White Paste’ to bring her legs up extra sparkly white.

After a bit of time the pair of them were ready to hit the warm up arenas.

Warming up in a relaxed manner can be pretty tough when you are in a strange place. It can be even harder after a long journey and a less than comfortable night sleep. Chloe did a great job with her mare and the partnership shone through during the weekend. The teamwork between horse and rider can really be seen when you are put in a different and testing environment. Working through the tension Chloe achieved some brilliant work from Kalico and was able to take this into the Arena for her tests.

JC: What advice would you offer other riders who are wanting to get started with competing and wishing to attend some stay away shows?

C: It’s always good to start local if you/your horse have never experienced many competitions before as the atmosphere can be quite buzzy especially when show jumping/ODE’s. Have a look online to find some that are near to you.

Once you and your horse are both used to the competition environment and want to try something bigger there are lots of options. Depending on what discipline you compete in there are several unaffiliated events you can attend where you can stay away. These tend to be more relaxed than some of the affiliated competitions where you compete against like minded people.

Another option to try is taking your horse to another yard for the night. By riding your horse from there the next day it helps get them accustomed to being away from home. This is a good trial without the buzz of a competition.

Chloe looked super smart in her navy blue jacket with matching navy fly bonnet from Le Mieux, a great choice of colour for a grey. To add to her look she wears a smart detailed hairnet and our very own JustCaballo and TPL Equestrian saddle cloth.

After she completes her tests we de-brief to discuss the highs and the lows. Chloe experiences just like every one of us some self-doubt after a competition. However, Chloe is able to look to the positives of her tests and is extremely pleased with the team effort of her performance. Kalico is rewarded with some well-deserved treats, whilst we unplait and pack everything away. Reading the comments from the judges can be a great help to progress and improve. Chloe has four brilliant test sheets to take away with her to reflect on and be proud of her work so far.

JC: What has been your biggest highlight for you and Kalico so far?

C: There have been many highs and lows over the last 7 years of owning Kalico. A summary of our highlights (as it’s difficult to pick just one!) include: Qualifying for the Royal International Show last year. Being placed 2nd at the Dorset County Show when she was aged 6. Coming 2nd and 4th at this weekends Winter Dressage Finals. Also, being talent spotted for the TSR Training pathway for HOYS Master Class this year!

I think the main achievement though is bringing her back up to competition standard after an awful injury she sustained. It makes competing her now all the more worthwhile. There was a point during her injury when I didn’t know if I would be able to rider her again.

So what is next for Chloe and Kalico?

C: The next big event we have planed is the Royal Windsor Horse Show where we will be competing in the amateur small hunter class. This is our first time competing at a big show so it will be a bit nerve wracking but exciting at the same time.

It’s super exciting watching up and coming amateur riders being able to show their progress. We enjoyed every minute of the insiders view to a stay away show. Chloe and ‘Miss Unconventional’ are definitely ones to watch out for this year. We look forward to hearing more about their journey. You can also check out more of Chloe’s story from British Dressage Quester of The Month. 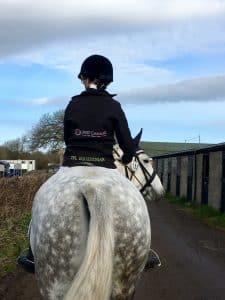 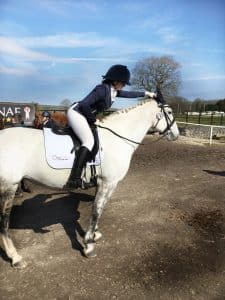 Would you like to be featured on our blog please do get in touch we would love to hear from you!

Love the look of Chloe’s jacket or saddle pad? Check out TPL Equestrian who beautifully created the embroidered items with our Just Caballo logo. Fancy having your own team logo on display? Be sure to speak to the lovely team at TPL and check out their own range too! 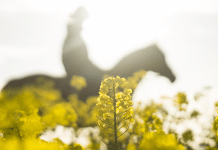 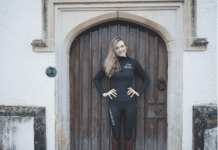 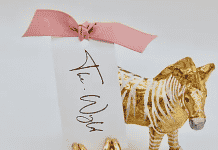 Forelock and Fringe – The Subscription Box You Need In Your Life!

Just horses, style and the country life! The perfect trend spotter for everything equine & country! Check out the latest blog post in the link below⬇️

Top tip this Tuesday!! ⬆️ This is so true for

Anyone else see anything exciting on their daily e

Loved the sunshine today, a bit cooler but what a

Got to the yard tonight to find my mum had tidied

We are super lucky to have the escape of our horse

Having some fun playing with this one in the arena

Loving my morning walks with our dog. Meeting the

Walked this beaut in hand round the field for some

Happy Gotcha day to this little man. A year with u

Practising our #socialdistancing whilst exploring

☀️ The big yellow thing in the sky came out to


Error: API requests are being delayed for this account. New posts will not be retrieved.

A touch of Pink